My name is Aoibhe McCarron, I’m 19 and I’ve just completed second year of Biological Sciences at Queen’s university Belfast. I chose to do my placement with the Lough Neagh Partnership at Oxford island because I knew I wanted to work outdoors and in this area from previous experiences at field courses at university and I want to expand my knowledge of the environment and get some hands on experience.

So far, we’ve learned a lot. On week one, we went to an Carn where we had botanical training with Bob Davidson, we also had a continuation of this the following week back at oxford island. We’ve learned how to identify different species of grasses, sedges, rushes and wildflowers. On week one we also carried out a bee transect. We learned how to identify the most common species of bees and came across around five of these on our transect. We also went to Brookend on week one, where we assessed the habitat and what species were there. We drew up a map of Brookend so we could assess the site. We saw some interesting things at Brookend such as badger sets and also lapwing, we found some lapwing eggs which we think were predated on by something like a badger or a fox. 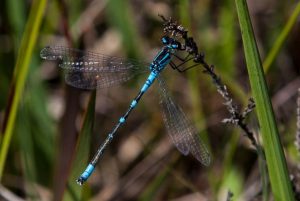 We started off week two with first aid training in Portadown, the course took us two days to complete and we are now qualified first aiders. Later in the week we met with Robert Thompson, who took us through dragonfly and damselfly training. He showed us a presentation on how to identify the different species by their colours, markings and size etc. We then went to a site called Brackagh with Robert where we caught and identified several different species of damselflies. Yesterday we visited Rea’s wood in Antrim where we had woodland training with Dermot Hughes. We were able to put our plant ID skills into action as we identified different plants in the habitat and we learned to identify invasive species such as Japanese knotweed and Himalayan balsam. 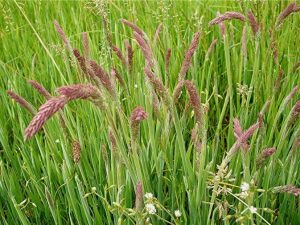