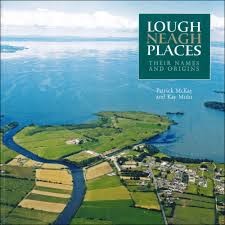 These last few weeks I have not been too far from my home – I’d say a radius of 6 miles at the most and it has been a big lesson in the art of belonging and the local and has got me thinking. There is something about the scale of belonging and getting to know a place a lot better.

The silence of landscape conceals vast presence. Place is not simply location. A place is a profound individuality. Its surface texture of grass and stone is blessed by rain, wind and light. With complete attention landscape celebrates the liturgy of the seasons, giving itself unreservedly to the passion of the goddess. The shape of the landscape is an ancient and silent form of consciousness. Mountains are huge contemplatives. Rivers and streams offer voice: they are the tears of the earth’s joy and despair. The earth is full of soul (O’ Donohue, 1997: 115).

When you read Lough Neagh Places – Their Names and Origins ( 2007 ) by Drs Patrick Mc Kay and Kay Muhr, you realise that there is something deeper about a sense of place and attachment than some  theories can “get at”. Heaney (1984: 131) writes that there are two ways in which we can know a place, “One is lived, illiterate and unconscious, the other learned and conscious.” The danger of relaying on the use of generic terms such as “Nature” and “environment” is that these objectify what we love and obscure the particularity of thousands of places, townlands and parishes across the land, another way of inhabiting a place of belonging. In doing so we can unwittingly undermine any attempt to know and love our “place” as a place and not as a concept.” “ Philosophy is a place-based existence. It comes from the body and the heart and is checked against shared experience” (Snyder, 1990: 69). A sense of place partakes of a culture and a shared body of “local knowledge”, with which people and whole communities render their places meaningful and endow them with social and spiritual importance. It is often evoked in the names of the place in their native language. 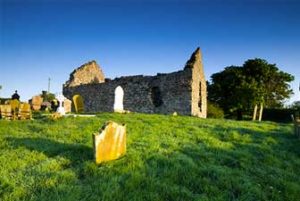 Viewing the land as a set of resources has tended to encourage its quantitative evaluation ( and we often have to do this for work – if you don’t put an economic value on something,  then it may not be considered of  any worth and get the notice of the government bodies   and yet is this to put it into a realm  where it simply goes up and down in value ?)  , or perhaps its quantitative assessment automatically frames the land as a set of resources. There is no doubt that pastoralists evaluate the land in quantitative terms as is evidenced in the way townlands were divided and established. There are c.63,000 of these townland units in Ireland (McErlean, 1983). These medieval landscape assessment systems which emerged as an expression of landholding may seem like a quantitative evaluation, and in a sense they are, but they have an underlying environmental logic that is rare in contemporary resource assessment. In this system the more extensive territories occurred on poorer lands i.e. the larger townlands were usually in the poorer uplands. Generally  the folk knew their land and what it could “hold” in an ecologically friendly way. This was measurement not for commercial exploitation, but for future survival, and a deep affinity with the natural world of which humanity is one part. The differences are not perhaps so great. The land may have been measured but the interaction with the land is not directed by wholly material concern and also reflects the spiritual, intellectual and emotional concerns which we will explore later. As O’Connor (2001:4) has said, “[t]o know the townlands of Ireland is to know the country by heart”.

We all need to belong somewhere but the kind of belonging may be different from what it was formally. A re-localization may be taking place in this time of not being able to travel too far from home. Local heritage studies and local heritage tourism have seen a rise in interest in recent years. In many of the parishes around the loughshore  you will find the names of town-lands prominently displayed on carved stones or on signs  by the roadside. We have, I think, probably seen a reaction against the placelessness of the global and a search for the re-connectedness to the local and to home – where we know and are known.

Brain Turner, (2004), tells of how there is an increasing disjuncture between local communities in many places and the landscapes they inhabit. He reflects on a little experiment with three generations of men of similar background in the same parish in rural Ulster. The oldest man, aged 73, could name and place 156 townlands in his locality and his mental map of the place was one where people, townlands and farms are closely meshed together. A middle aged man in his forties could name thirteen townlands and his sixteen year old son could only name the townland in which he lived. The intimate topography of farms, townlands, coastlines and river pools, unimportant to the military or political designs of map makers, is vanishing with the language. Each generation seems to know fewer and fewer place-names and their meanings. There is a contraction of knowledge about local topographies that results in the whole fabric of ordinary, neighbourhood history fading from our mental maps. Field names and river names were often a sensitive indicator of when Irish was a living language in the rural community.

There is something about the notion of a scale of place and belonging that is worth exploring. People may need a human scale of place and belonging to complement the global, a means of inserting their own experience, feelings and opinions into an often alienating world. Many well-intentioned philosophies want us to declare ourselves as global citizens to “think, globally and act locally”. However, Wendell  Berry questions this:

Properly speaking, global thinking is not possible. Global thinking can only do to the globe what a space satellite does to it: reduce it, make a bauble of it. Look at one of those photographs of the earth from outer space, and see if you recognize your neighbourhood. If you want to see where you are you will have to get out of your spaceship, out of your car, off your horse, and walk over the ground (Berry, 1993: 19-20).

John Feehan (2010) whom I turn to a lot for advice, contends that the appropriate scale of belonging is actually biologically determined, a dimension of biophilia (the affinity that our species feels with others). “Therefore, we can only be “at home” when we are close to the natural world in, “a place with which we are commensurate” (2010: 69; orig. emph.), of such a size that we can get to know it, relate to, and feel we have taken root. The sense of identity that is commensurate with the human need to belong and lead a purposeful and fulfilling life is for him most easily and naturally achieved on the scale of parish, in the broader economic and ecological sense.

Parishes were mapped out at the Synod of Rathbreasail in the year 1111. Here we see the transition from a medieval system of church based on monasteries to one based on a diocesan structure in which rivers and loughs  were to play a major part.  The boundaries of the early Irish Church were defined largely by what we could term river basin districts and all diocese had an “exit” to the sea, even if they were inland (Duffy, 2007). The parishes were originally co-extensive with the tuath, the territory controlled and farmed by a clan or extended family, just as diocese corresponded to larger political units (Duffy, 2007; McErlean, 1983). The parish is made up a number of different townlands of various sizes depending on the “quality” of the land. These would have been farming units most often bounded by some form of water. Over time the parish boundaries changed as the size of the population changed and political and social arrangements were to change. For Feehan the parish is the area for which we are made. There we spend our lives, biologically, psychologically and spiritually.

This is characterised by intimacy; a closeness to the earth cut to our human measure. Feehan is not arguing for the parish in the literal sense of an area that stops at a line on the map “but at the horizon where the sun rises in the morning and sets in the evening – yet a flexible horizon that expands and contracts with time and place” (Feehan, 2010: 166). In an earlier work he appears to suggest that our ability to travel “beyond the horizon” merely expands our understanding of the place it defines (Feehan, 2006). Ó Muirthile (2001: 55) argues that central to his local writing was naisiun na mbailte fearainn [the nation of townlands] and its sister concept duthaigh anama / locus animae [soul territory]. Soul is real in relation to place in this land.

An American academic that I came  across come years ago called Kirkpatrick  Sale in a great book called Human Scale, points out the social and ecological consequences of alienation from a place of human scale and intimacy with that place:

There can be no communal-interest among 200 million people, or 20 million, even 2 million, because there is no way the human heart with all its limitations can perceive the interconnectedness of all those lives and their relevance to its single life; we cheat on our income tax and drive at 65 mph, and ignore beggars on the street because we perceive no community at the scale at which we live. Nor can there be communal interest over distances of 3,000 square miles, or 300 miles, or even 30 miles, because there is no way for the human mind in all its frailty to conceive of the complexity of an ecosystem so large and its single place within it … Only when the shepherd knows his world and the people in it and feels their importance to his own well-being, only when he realises that his self-interest is indeed the communal interest, will he voluntarily limit his flock. Only then will the looming tragedy of the commons be avoided (Sale, 1980: 334).

I think that over these last few weeks, we may have rediscovered this sense of human scale – long may it continue.

In the introduction to Lough Neagh Places it states “… a wider aim of this book is its contribution to the fostering of local pride and tourism in the area by drawing on visual as well as descriptive attention to the lough and its hinterland. At its broadest, this fascinating new compendium of local information is envisaged as supporting environmental, economic and social projects intended to assist with the sustainable development and management of this world-renowned wetland area…”

This is what we try to do.

Getting to know our place a bit better involves the walking, looking, smelling, hearing and a bit of research on the linguistic and historical heritage of this great place, Lough Neagh.