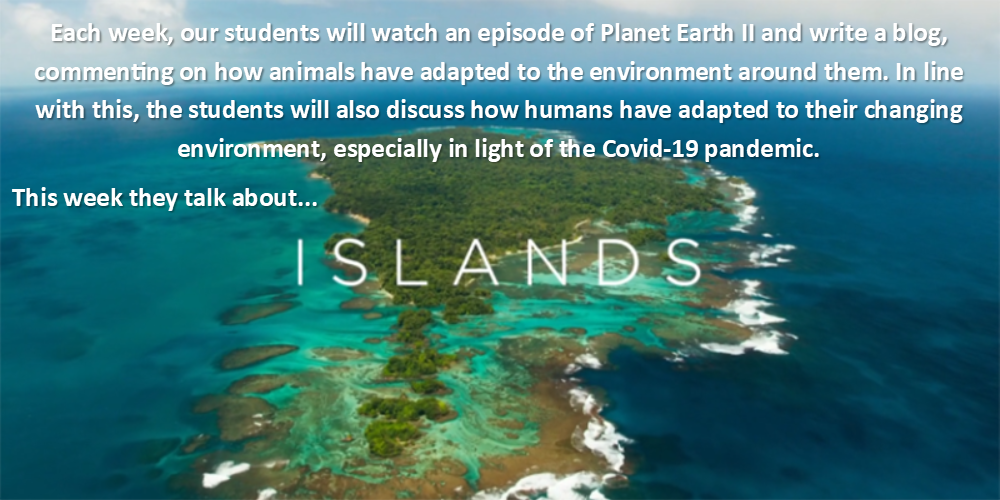 On remote islands, such as Escudo off the coast of Panama, many wildlife face many struggles these reflect the challenges we all face with life on earth. The Pygmy three-toed sloth strives on this island with a large food source of mangroves that provide them with leaves and no predators to threaten them, however with only a few hundred Pygmy sloths left in existence, finding a mate can be difficult. A female sloth will call out which can be heard from across the island, the male sloth will travel across the island even swimming across deep water rivers to reach their mate. This can be difficult with such a large amount of area to cross at only a snails place, the whole population of the Pygmy three toed sloth is isolated on a piece of land no bigger than Central Park. Humans can also struggle to find a mate, not because of our inability to travel fast, as we are a nation of globetrotters, but due to the sure amount of people available to us at one time. Due to the constantly evolving platform of social media people have adapted to this meaning they tend to find love online as they may believe this is a better option than having to go out and work to make something happen. We are a generation of dating apps and short-lived relationships with hopeless romantics feeling defeated, with little romance left in the world the younger generations expectations are much to be desired. Being part of a society where everything is so fast-paced and readily available relationships now have to be that too.

The island of Komodo in Indonesia is home to the largest living lizards on earth, it is unusual to find predators on such small islands yet for four million years the Komodo dragon has dominated this island. With such a large predator based on this small island lack of food  would maybe be deemed a problem but with reptiles being cold blooded they only need a tenth of the food a carnivorous mammal would, one single meal could last them a month. Their biggest problem comes from others of their own kind with space being limited on the island dragon territories overlap creating continual conflict. This can also be seen among the human world, we too are our biggest predators and threat to one another. With limited space due to over population, pollution and mass unmanned landfills, the fight for land and over lapping territories have been a problem since the dawn of man.  Humans have always seen it as their right to go wherever they want to go whenever they want which has caused many wars corrupt governments along with greedy leaders have destroyed many countries and cultures.  One country trying to conquer another based on oil supply or other rare natural elements and food supply has and always will be a problem.

On bigger islands, such as Madagascar, the animals have had time to evolve and adapt to every available niche. The island is home to two hundred and fifty thousand species many not found anywhere else on earth. From one single ancestor about one hundred different types of lemurs have evolved. The indri is the largest; it hunts through the trees while the smaller ring tailed lemurs hunt in groups on the forest floor searching for fruit, the tiny bamboo lemur eats nothing but bamboo. With few competitors the lemurs have been free to colonise almost every environment on the island even the most extreme. The sifaka has a hard life being born in the harshest environment in Madagascar it rarely rains so water and food is hard to come by. Just like the lemurs the human race has evolved over thousands of years spreading widely across the planet, colonising every part. Some parts are plentiful with food and water such as America and the United Kingdom while other countries such as some in Africa find it difficult to survive just like the sifaka their land doesn’t receive a lot of rain so water and food is difficult to come by.

Over the last fifty years, ten volcanic islands have been formed, they are newly created and usually remote making them hard for colonists to reach. Fernandina one of the Galápagos Islands in the Pacific is young and still volcanically active, making it a desolate place. The surrounding sea however is particularly rich with life, making it perfect for sea going iguanas they graze on the floor of the sea but then return to live on Fernandina. By doing this the iguanas are also helping other animals to survive too, crabs feed on the dead skin on the iguanas backs while smaller reptiles feed on the flies the colony attract. Just like humans they all work together to support and provide food for one another, without the iguanas life on Fernandina would be scarce much of the wildlife relies on the iguanas to support their food chain.

To finalise in the animal kingdom there is a vast amount of similarities to the human world, they have adapted over thousands of years in order to survive the devastating effects we have had on their home. Their abilities to constantly adapt to the changing world is what ensures their survival against us.