Conservation volunteering normally goes on throughout the year; however, as I am sure everyone knows, this year has been quite different. Normally groups of volunteers would be out and about carrying out various, important conservation work such as habitat management, invasive plant species control, wildlife and plant surveys, litter lifts and so on. The fact that these important tasks have been unable to go ahead will have a negative impact on our local environment and disrupt essential work organisations have been doing over the years.

Conservation volunteering is a really important part of protecting our environment and improving our wellbeing. Unfortunately, due to the Covid-19 outbreak and the lockdown that followed, most, if not all, conservation volunteering came to a halt. This means that many important tasks have been missed. However, there are some tasks you can carry out without your fellow volunteers or team leader. Watch this video to see what you can do!If you are interested in volunteering with LNLP, contact: lisa.critchley@loughneaghpartnership.org

However, it is not all doom and gloom! There are some simple tasks volunteers can do without the company of their usual group or team leader. One such task is controlling the plant: Himalayan balsam. 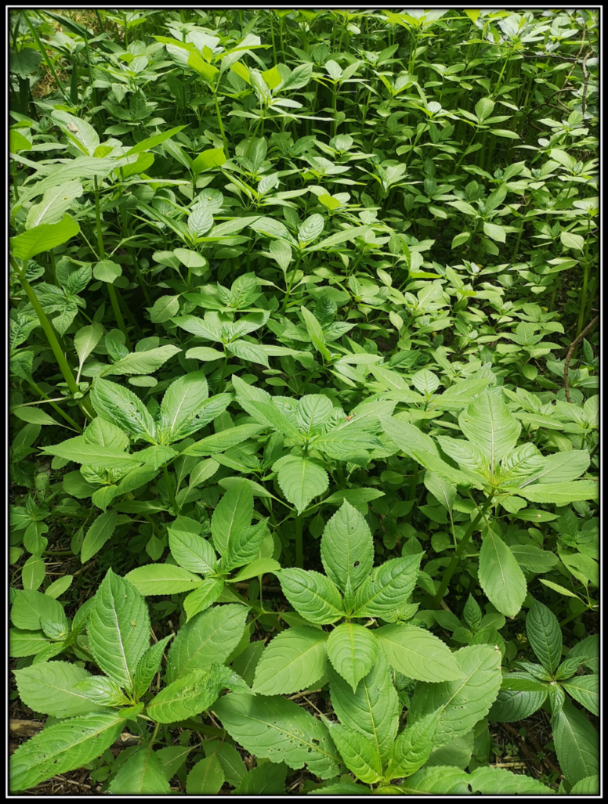 What is Himalayan balsam?

Himalayan balsam (impatiens glandulifera) is a non-native invasive plant species. Non-native means that it is not from this country. It was introduced in the 1830s as a garden plant, no doubt brought back from the Himalayas by explorers as a prized exotic plant. It quickly spread from gardens and into the natural environment, taking over areas along riverbanks, wetlands, woodlands and field margins. The Himalayan balsam seedpod explodes when touched, scattering its seeds several metres. The seeds can survive and even germinate in water, which is why it is so prevalent along riverbanks and lough shores. The plant does well in our climate, grows rapidly (from seedling to two metres in one season) and produces large leaves that shade out competition from other plants. It also has no natural threats in this country, such as diseases or insects that eat it, so the population is not naturally kept under control. Its effective seed distribution and ability to outcompete other plants is what makes it invasive.

Why is it bad?

As previously mentioned, Himalayan balsam outcompetes our native plant life. This is bad as it reduces the biodiversity of the area in which it grows and weakens the population of our native flora, affecting the ecosystems in which it is present. Himalayan balsam also has a very shallow root system. This can have a detrimental impact upon riverbanks and sloped areas in which it grows, as, when the balsam dies back in the winter, there is little to no root structure left behind to hold together the soil. This means that riverbanks and slopes will erode more easily.

One argument that some make is that Himalayan balsam provides a good source of food for pollinating insects such as bees. However, it is much better that the insects feed off and pollinate our native flora to ensure a rich and strong biodiversity is maintained in our natural environment.

Identification of Himalayan balsam is fairly easy, especially as the plant grows bigger. It starts to become more visible during late spring to early summer:

What can you do to help?

Now you know what Himalayan balsam looks like, you can start to help to control it. It is very easy, very satisfying and fondly known as ‘balsam bashing’ in the world of conservation.

The shallow root system means the balsam can be pulled up with little effort. Grasp the plant at the base (or as near to the base as possible) and pull it up out of the soil. Break the stem between the roots and the first growing node (ridge around the stem of the plant) and leave on the ground to rot away. Try not to pile the balsam up on top of other plants. It is a very easy task and an individual or small group can clear a large area in a short space of time. 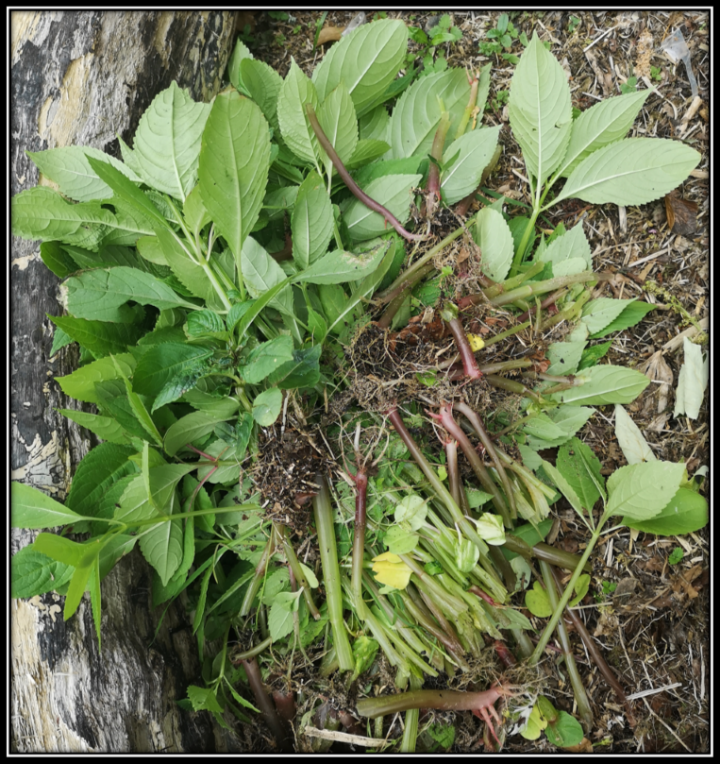 A few things to think about before doing this:

If you do end up pulling up some Himalayan balsam whilst out and about, please let me know! Email me to tell me where you pulled it and the rough size of the area. If you have any other questions about this task, please don’t hesitate to get in touch.

Last but not least, if you would like to volunteer for Lough Neagh Landscape Partnership, email me and we can go from there!